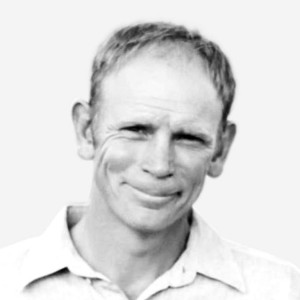 China’s import controls continue to spread uncertainty throughout the global seaborne marketplace. Recent attempts of customs officials to restrict the 2019 coal imports to the 2018 level of 281 million tonnes, will place the global seaborne prices under pressure.

The reason seems to be the rising domestic coal prices that started to put pressure on profit margins at Chinese coal-fired utilities. According to Shangai (Reuters) the “Imported coal could be a supplement to domestic coal supply and help to control coal prices,” said Guo Xinyi, director of the fuel department at China Huaneng Group.

Similarly in 2018, China barely allowed any coal imports in December, in order to pin the total 2018 imports to a quota restriction that was placed on shipments. This was done to meet an import quota restriction to the 2017 levels. Notwithstanding, total imports for 2018 managed to rise above the 270.9 million tonnes of coal imported during 2017.

Another concern is the ability of China’s domestic market to replace, at least in part, the 200 million tonnes of annual coal imports into China. According to Shangai (Reuters), Chen Bin, deputy chief engineer of the fuel department at China Datang Corp, pointed out that imported coal has advantages on price, quality and accessibility, especially to utilities located in coastal regions.

According to IHS Markit, state owned coal buyers seem uncertain as to what will happen next. No official notices have been circulated amongst customs officials as to how the import tariff halts will be operated. Currently this is executed through largely through the banning of discharge by non-local coal end users, but according to IHS Markit, this is very unlikely to be enough to prevent China from breaching the 2018 annual threshold of 281 million tonnes.

For this reason it is foreseen that China’s import tariffs will hugely effect the Global Seaborne Price in the medium term, although the practical execution thereof in the longer term, seems very difficult to execute. This is evident as several of China’s coal handling ports are already in the situation with their allowances for this year close to- or already used up.

Year-on-Year however, some coal imports could be replaced with domestic supply after the completion of the longest Haoji coal railway in the country by 2020. This could possibly replace up to 20 million tonnes of imported coal, according to HIS Markit’s report. This is made possible by the railway running from Mongolia, through some of China’s most active coal mining regions. This is meat to solve a current logistical coal problem. How soon the effect thereof will be felt in the global coal market remains to be seen.